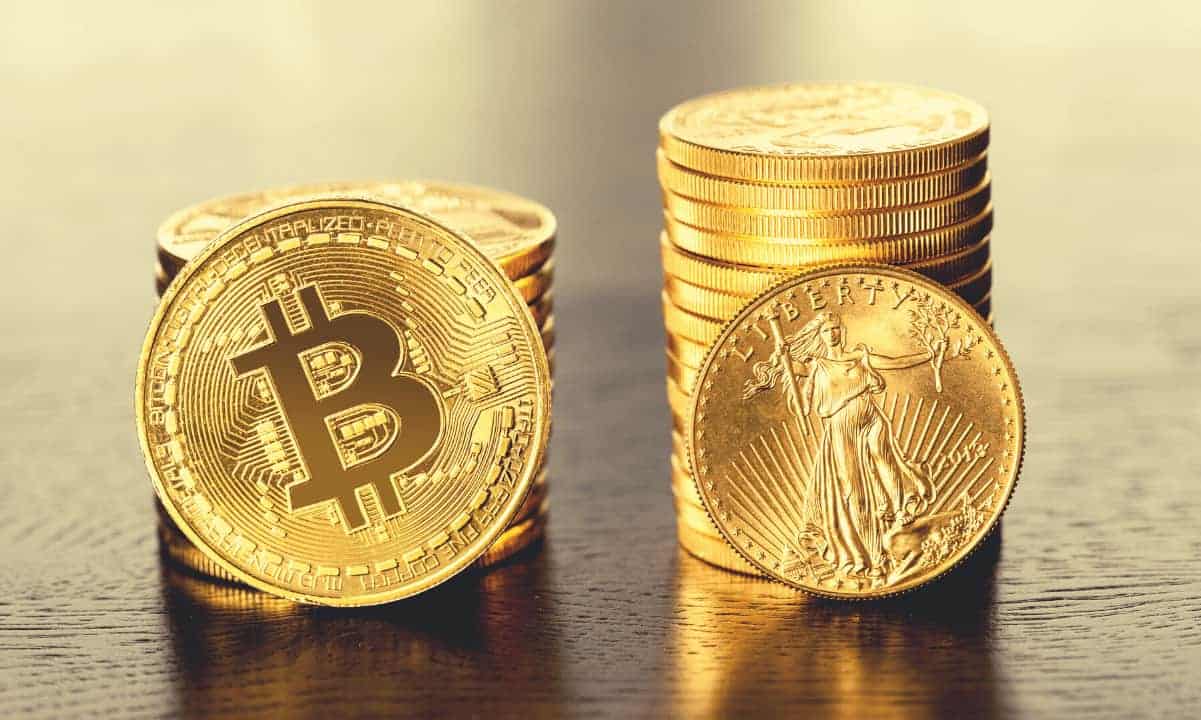 A few months after launching Bitcoin custodial services in the US, the nation’s oldest bank, BNY Mellon, has doubled-down on its interest and involvement with the first-ever cryptocurrency. It has published a report attempting to determine bitcoin’s value by comparing BTC with gold and referring to the popular stock-to-flow model.

It wasn’t that long ago that giant banks steered clear from the entire cryptocurrency industry while only making brief and rare comments bashing bitcoin. However, the trend has changed significantly in the past few years. Such is the example coming for America’s oldest bank – BNY Mellon.

In early February 2021, the entity said it will offer cryptocurrency services to its clients. More specifically, it meant that institutional customers would be able to hold, issue, and transfer digital assets through the Bank of New York (BNY) Mellon.

Shortly after, the banking giant participated in a Series C funding round for the cryptocurrency custodian – Fireblocks.

It seems that BNY has no plans to reduce its bitcoin involvement as the bank has published an evaluation report in an attempt to determine BTC’s role and price in this digitizing world.

To do so, researchers from the bank compared the primary cryptocurrency’s merits and use cases with fiat money and gold. Nevertheless, the paper said that comparing BTC with fiat currencies is somewhat challenging, keeping in mind the significant difference between the centralized entities behind all fiat money and bitcoin’s decentralized nature.

Instead, the document focused more on BTC’s relationship with the yellow metal. It said that gold has “been accepted as a store of value and medium of exchange for centuries,” which is where bitcoin is heading. Furthermore, both assets’ supply is limited, and “theoretically, everyone is free to mine both gold and bitcoin, and neither supply is monopolized by governments.”

While also commenting on the bitcoin and gold debate, BNY’s researchers touched upon the popular stock-to-flow model. Released a few years back, it described the stock as the size of the existing reserves (stockpiles) and the flow – the annual supply of bitcoins on the market.

Although the document admitted some flaws with the model, it said that it’s still “one of the more interesting valuation concepts and is worth understanding.”

“Commodities such as gold have the largest S2F ratios (over 50), meaning it would take over 50 years of gold production to get the current gold stock. Bitcoin has a current S2F ratio in the 20s. Common S2F linear models extrapolate a price based on the increasing Bitcoin S2F ratio (from halving) to eventually reach gold’s market cap.”

The report also highlighted the updated version – stock to flow cross-asset model, which takes into consideration the different phases of BTC’s development. According to this version, the “scarcity value (as measured by S2F) and the subsequent halving will ultimately drive prices to the gold dot cluster and implied total market value.”

SPECIAL OFFER (Sponsored) Binance Futures 50 USDT FREE Voucher: Use this link to register & get 10% off fees and 50 USDT when trading 500 USDT (limited offer).

PrimeXBT Special Offer: Use this link to register & enter POTATO50 code to get 50% free bonus on any deposit up to 1 BTC.